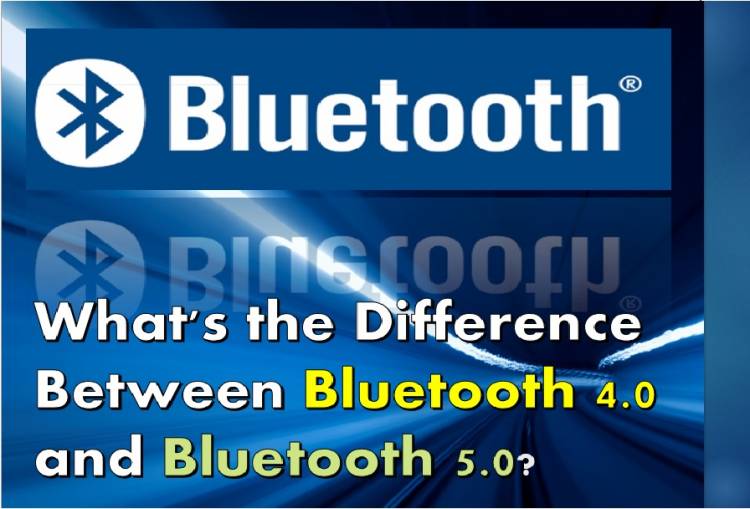 What's the Difference Between Bluetooth 4.0 and Bluetooth 5.0?

Bluetooth 5.0 is the latest version of Bluetooth technology and offers higher data transfer rates than previous versions. It also has a longer range, which means you can connect devices further away than before.

Bluetooth 4.0, also called Bluetooth Low-Energy (BLE), is an upgraded version of Bluetooth technology that was introduced in 2011 with the release of the iPhone 4S.

Bluetooth 4.0, also called Bluetooth Low-Energy (BLE), is an upgraded version of Bluetooth technology that was introduced in 2011 with the release of the iPhone 4S. With this iteration of BLE, Apple has been able to add new functionality to its products and bring them to a wider market.

The principle behind BLE, which connects devices in short range from each other, is the same as previous versions of Bluetooth. The difference lies in its low energy capacity, making it ideal for connecting devices such as phones, smartwatches and fitness trackers that require less power than traditional wireless technology options such as Wi-Fi or cellular networks can provide.

The Bluetooth SIG has set a goal of achieving speeds of up to 2 Mbps in low-power "Classic" mode, which can be used for small to medium-sized devices such as heart rate monitors or smartwatches. High-speed mode (HSP) can reach speeds of up to 1 Mbps, which can support audio streaming through headphones or speakers.

With a range of 50 meters or more, it gives you more room to work with applications such as beacons that provide accurate tracking via BLE to deliver contextual and personalized experiences to customers.

The second big difference is range. With a range of 50 meters or more, it gives you more room to work with applications such as beacons that provide accurate tracking via BLE to deliver contextual and personalized experiences to customers. For example, if you want to use beacons in your store for marketing purposes, Bluetooth 5 can help you track customers' movements in-store and send them notifications based on their location (for example, "You're standing near our women's aisle!"). This is one of the many ways BLE can be used in point-of-sale locations or other businesses with physical locations frequented by customers; It allows companies to customize their interactions by sending relevant information to everyone only when needed by each customer, not at the same time - something that would require a lot of bandwidth using older versions of Bluetooth technology like 4

Bluetooth Low Energy (BLE) is a wireless personal area network technology that can be used to transmit data over short distances using ultra-low power consumption. It is designed for devices such as sensors, beacons, smart watches and more. In other words, while you can use conventional Bluetooth devices to stream music to speakers, BLE will do much more than that; in fact, you can't even use it to stream music, but instead to connect devices and communicate between them.

The maximum data transfer rate possible using conventional Bluetooth is 3 Mbps, while BLE has a maximum of 1 Mbps. This makes BLE ideal for low data transfer rates and low energy consumption devices such as wearables and peripherals such as heart rate monitors or smart watches.

Additionally, since the wireless standard targets close-range connections like smartwatches and smartphones, bandwidth isn't a priority because people are usually 10 to 20 feet away from their devices when they're connected.

BLE is not designed for high-bandwidth data transfer, but for energy-efficient, low-bandwidth communication between devices.

Bluetooth operates under license to technology standards by the Bluetooth SIG, which certifies devices that meet interoperability standards. To connect two or more devices using Bluetooth wireless technology, all you need is a Bluetooth-enabled device for every other device you want to connect to. The most common uses for this technology include headphones, keyboards, mice, printers and speakers - but there are many more possibilities!

Bluetooth 5.0 is better because of its higher speed and longer range.

Compared with bluetooth, WiFi is more stable and secure for data transmission, but slower than Bluetooth 5.0 and consumes more power in reliable transmission.

WiFi engineers can use this information to decide whether to use WiFi or Bluetooth technology when developing products that need to establish wireless connections between different devices.

As a result, Bluetooth 5.0 is better due to its higher speed and longer range.