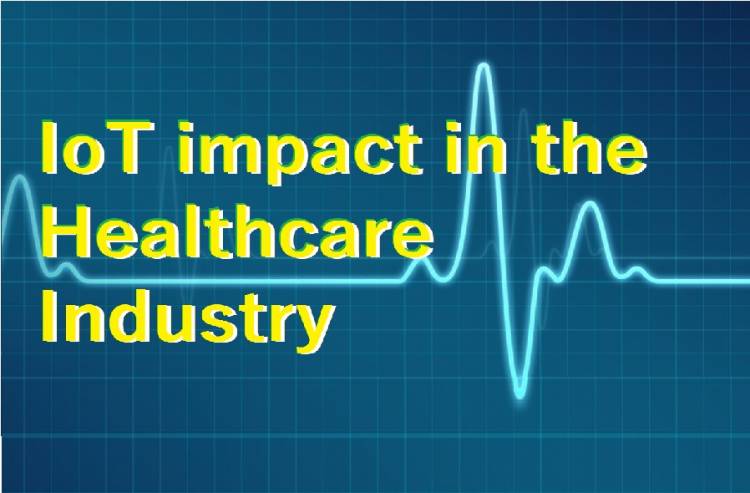 IoT impact in the Healthcare Industry

The technological development of IoTs continues at full speed. Its economic size is increasing day by day. Since all existing technological infrastructures are interconnected and this dependency-network structure is built on IoT technologies, it is not difficult to predict how huge the growth will be.

We have examined the IoT issue in its basic aspects in a few previous articles. The fact that IoT technology can be used for different sectors makes this issue a very broad topic. But first, we want to talk about a technology that existed before the concept of IoT.

Vehicle tracking systems, as is known, work with GPS modules. With the GPS module connected to a microcontroller system, the system would become remotely monitored. Systems with GPS modules are still used today. GPS modules connecting with satellites receive their position in the form of digital codes and transmit it to the microcontroller system, and the microcontroller system sends it to the central computer with the GSM module with a SIM card inserted. The central computer also displays this location as an icon on a digitized map with the help of software. When the GPS connected microcontroller system sent the digital location information at certain time intervals, the position of the vehicle icon on the map on the central computer would also change. Thus, vehicle tracking is realized. If we multiply the systems with GPS modules, it will be possible to track many vehicles.
It is possible to compare the concept of IoT with these GPS module systems that we know technically or in general. Tracking a vehicle/object, getting information about the vehicle-object at certain time intervals is the same as in the concept of IoT. Of course, there are other aspects as well. There are many more and different data flows in the concept of IoT. At the same time, objects have become manageable.

The best example of use in our daily lives is smart watches. Smart watches with many features also contain health-related functions. Smart watches, which have many features such as heart rate, walking distance measurement, and effort testing, are also connected to a network. In other words, the data obtained from the human body can be transmitted to a nearby computer or cloud-server computers. These data can be saved and different analyzes can be made. With the analysis of these data, the analysis of the analysis together with the instant and historical data, solid diagnoses can be made about the health status.

The subject of smart watches is a small part of the IoT concept, but it is an important example for us to understand the concept of IoT. The person using a smartwatch with health-related functions is actually an IoT object. The smart watch itself can be said to be an IoT object. Because it can also measure environmental temperature, humidity, air pollution level and many other quantities.

When we start to examine the concept of IoT in terms of the health sector, the subject becomes more comprehensive. We can make traceable and measurable features of everything found in a health institution, people and health system, with IoT modules. In addition to people's health data, a wide variety of data such as different data obtained from medical devices, accessible data of health personnel, data about drugs and treatment materials can be monitored with IoT modules. Of course, the speed and storage capacity of the systems that will process this data are also important issues.

The speed and storage of data is possible with cloud-servers. The collection and processing of data from different health institutions on a central cloud server is also important for the improvement of the health system. In fact, it is possible to create a worldwide diagnostic and scientific research ground with the unification of the health systems of the cities as well as the IoT-enabled health systems of the countries. The common use of databases will of course create a very wide field of scientific research. (There is a study on this. The iota.org website can be viewed.)

The Future of Foldable Phones

The new product of Universal Robots: UR20