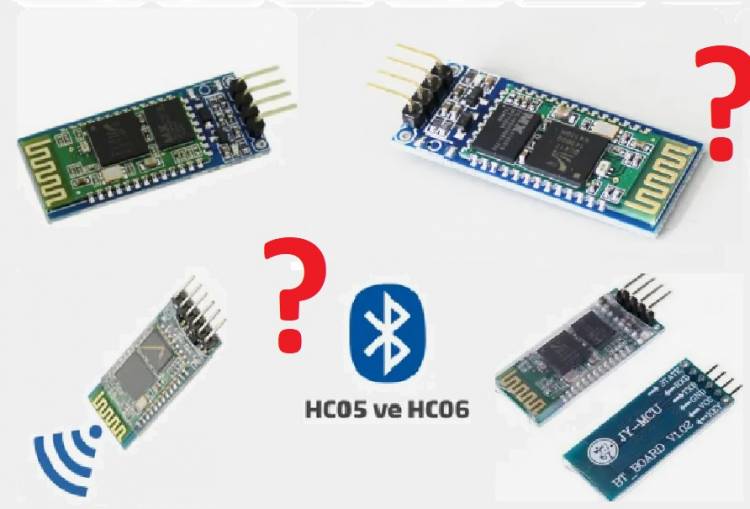 Bluetooth is a constantly evolving technology and new modules and versions are constantly coming out. For example, the latest versions such as Bluetooth 5.2 and Bluetooth 5.3 offer increased security, higher speed and wider coverage.

When we look at the Bluetooth LE (Low Energy) modules, it may be possible to make devices with longer battery life by using Bluetooth LE in Bluetooth 5.2 and Bluetooth 5.3 versions with less energy consumption.

Bluetooth modules are used in a wide range as well as IoT devices, so the performance and features of IoT devices will increase as new modules and versions come out.

The HM-10 operates with low power consumption and is therefore a suitable option for devices with long battery life. In addition, the HM-10 provides secure communication using end-to-end encryption for data transfer between devices.

The HC-06 is a Bluetooth 2.0 module. This module is used to provide wireless communication between devices. The HC-06 has a serial communication interface (UART) and therefore can be used by connecting to a microcontroller such as an arduino or to a computer.

The HC-06 can also be configured via an AT command set and therefore the communication parameters between devices can be customized. However, one thing to note, the HC-06 does not support security.

The HC-06 module is mostly used in arduino projects. It is especially used in projects that use serial communication protocol. However, it is a very old technology and does not offer features such as high speed or wide area coverage. In addition, it has a higher energy consumption than Bluetooth 4.0 modules in terms of energy efficiency.

In conclusion, it can be said:
In small-scale applications, such as hobby work, small control applications in the home, the HC-06 and HC-05 modules are more suitable.

In large applications where security and coverage are important, the HM-10 module is more suitable.

Use of Artificial Intelligence in Child Education