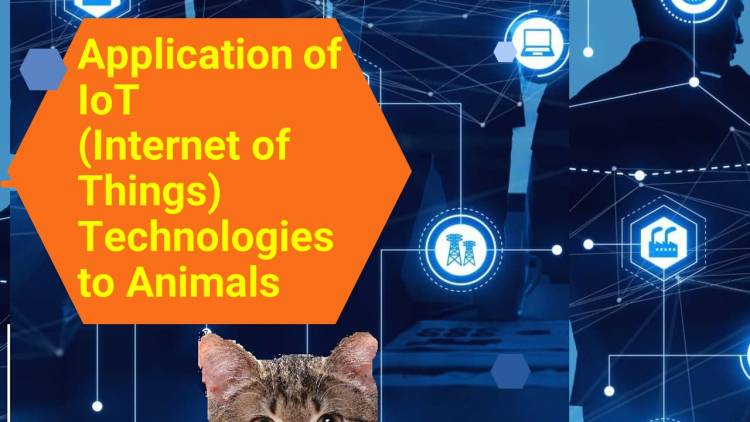 Application of IoT(Internet of Things) Technologies to Animals

The concept of IoT encompasses everything animate and inanimate. In the Internet of Things, applications beyond the concept of the Internet can be developed. The internet as we know it has passed into the dimension of the internet of things with web 3.0. Classical concepts such as knowledge, skills, communication and production entered the path of development as a whole.

Before the concept of IoT was fully developed, there was a more limited way of monitoring living and non-living items and analyzing certain qualities and quantities. RFID technologies enabled applications such as material, product and personnel tracking in workplaces and mostly in fabricated environments. RFID cards can also be produced in different physical forms. For example, RFID applications produced in the form of implants still exist today.

By adding physical additional components to RFID chips (for example, different sensors) and network-internet communication protocols (wi-fi, bluetooth, Li-Fi, etc.), every living and non-living object can be turned into IoT.

Of course, in an IoT universe there are environmental elements as well as creatures that have become IoT. Peripheral elements can also be turned into IoT. For example, in an animal farm, it may be desirable to observe quantities such as the condition-temperature of the ground in the physical spaces where animals live, and the percentages of gases in the air. So, physical environments can also be turned into IoT objects.

The most important components in IoT objects are actually sensors. The diversity of sensors ensures that the data we can measure is very diverse. The very different sensors on the IoT chip attached to an animal allow us to receive very detailed data about the animal. Measuring quantities such as body temperature, pulse, neural activities, chemical changes in the blood provides a much more advanced observation and control function. Very detailed sensor data like this provides important data for sustainable livestock farming. For example, constant monitoring of each animal's health can prevent epidemic-like disasters. Veterinary services can be delivered remotely, over the Internet. Since the quantities in all livestock farms in a region are under observation at all times, rapid and healthy economic and scientific research and evaluations can be made.

As can be seen, the current level of development of IoT technologies offers us many possibilities in terms of ideas. We can also consider the examples we gave in the previous paragraph for pets in the wild, in zoos or accustomed to living with people. And, of course, we should not forget about other IoT-objects in the environmental conditions of animals.

IoT impact in the Healthcare Industry

What is a MEMS microphone?