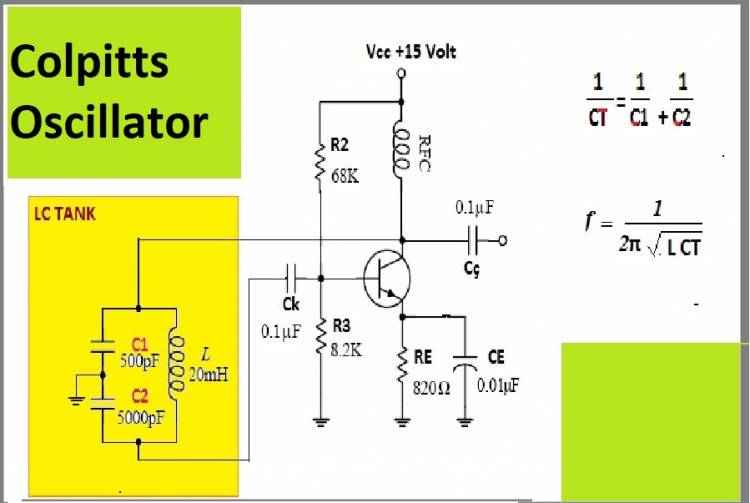 The Colpitts oscillator is a type of electronic oscillator that uses an LC circuit. The tank circuit is a variation of the original circuit called the Colpitts circuit, invented in 1918 by the American engineer Edwin Colpitts.

The Colpits oscillator is a type of LC tuned oscillator.

In its most basic form, this LC oscillator produces a sine wave output with a frequency directly proportional to the inductance and capacitance values used in the feedback network.

The Colpitts topology can be used to produce high quality, low distortion sine waves as well as very clean square waves and even pulses.

It is a more stable type of oscillator with a wide frequency range compared to the Hartley oscillator.

AT Commands for Wi-Fi Module