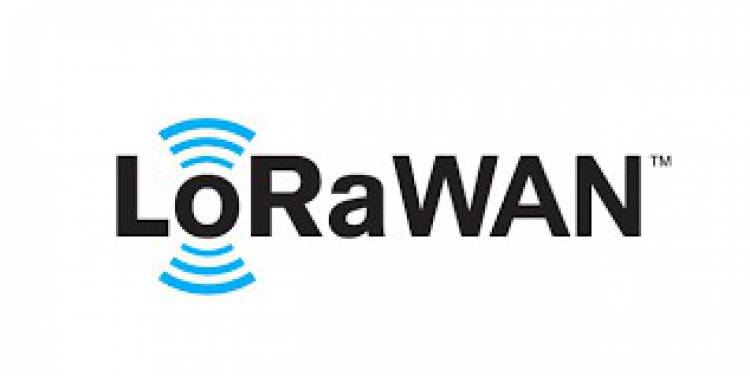 LoRa-WAN Long Range Wide Area Network
LoRa-WAN are devices specially designed for low power consumption, derived from chirp spread spectrum [1] (CSS) technology. It was manufactured in France and purchased by Semtech.[2] It is used in applications such as energy management, natural resource reduction, smart homes, pollution control, infrastructure efficiency, and early disaster prevention. The LoRa-WAN network standard targets the requirements of the Internet of Things such as secure two-way connections, low power consumption, long communication range, low data rates, location services. It allows interconnection between smart objects without the need for complex local setups and gives broad freedom of use to the end user, developer and companies that want to set up their own networks to build IoT.[3]

LoRa-Wan Architecture
LoRa-WAN is a media access control (MAC) protocol for wide area networks. It is designed to enable low-power devices to communicate with Internet-connected applications over long-range wireless connections. LoRa-WAN corresponds to the second and third layer of the OSI model. It works on LoRa or LoRa associated modulation in industrial, scientific and medical (ISM) radio bands. LoRa-WAN protocols are defined by the LoRa Alliance established in 2015.[4]

All gateways within a device's reach will receive the device's messages and forward them to the servers. They are used indoors and outdoors depending on the purpose of use and the maximum number of end devices to be connected to the gateway.[6]

Standards and Reading of SMD Resistors